skip to main | skip to sidebar

As a retired Navy Captain and Mark Kirk's commanding officer during Operation Allied Force, there are two things that have deeply troubled me since I read the Washington Post's story about Mark's intelligence officer award.

First, the complete lack of a benefit of the doubt - the idea that someone could make an honest mistake has become so foreign that the immediate assumption has become - you misrepresented or worse you lied. In Mark's case neither is factual.

And second, that an honest mistake related to the identification of a military award is the same as pretending to be in Vietnam when you were not. This also doesn't apply to Mark Kirk

Mark Kirk served under my command in Aviano, Italy, during Operation Allied Force - the Kosovo campaign. For his exceptional service as the lead intelligence officer of a combat intelligence action team - the largest EA-6B intelligence shop in the history of naval aviation which he assembled - I nominated then Lieutenant Commander Kirk for a Navy and Marine Corps Commendation Medal and the Rufus L. Taylor Intelligence Award. He received both.

When I nominated Mark for the Rufus Taylor award I thought it was more specific to Mark and not his team. But the reality is, there would have been no team without Mark Kirk's leadership and there certainly would have been no award. I can certainly understand why he would have referred to this award over the years as intelligence officer of the year - it's how I viewed the award. And in actuality, the two awards in question are of equal stature and significance.

Mark Kirk is the finest intelligence officer I have ever served with – hands down. His wealth of knowledge during this conflict put him in a position to take charge of intelligence members from the four deployed squadrons and meld them into a combat intelligence action team.

Any suggestion that Mark Kirk did not earn or receive the Navy and Marine Corps Commendation Medal and the Rufus L. Taylor Intelligence Award is incorrect. I would further add, assertions I've seen that Mark Kirk embellished or exaggerated his record are ridiculous - he is one of the finest Naval Officers I have had the honor to work with. His intelligence, leadership skills, and keen understanding of global affairs are an asset that the Navy and, today, the Congress are fortunate to enjoy.
Posted by Unincorporated Middle at 10:02 AM No comments: 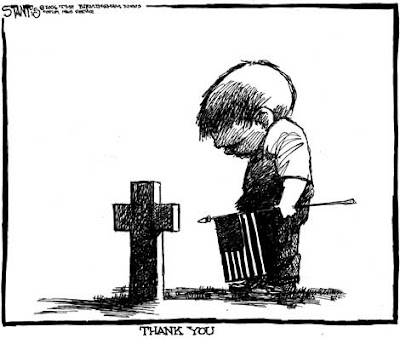 Posted by Unincorporated Middle at 7:58 AM No comments:

That's just one of the comments made in Kirk's fitness reports, released in response to attempts to denigrate Kirk's 21 years of military service. Kirk sent this e-mail yesterday:

I was commissioned as an Ensign in the US Navy Reserve in 1989. I have now served 21 years. For the last 10 years, as a Member of Congress, I served without pay because I love the Navy, her duty, honor, country. In uniform, I served during conflicts with Afghanistan, Iraq, Haiti and Bosnia. I am proud of my service – it is the honor of my life to work with Americans who keep America safe.

Last week, I found that I misidentified a military award and corrected my biography. According to the Washington Post, their reporter worked with Alexi Giannoulias' campaign to write a story that turned out to be imprecise about the title of an award included in that biography.

The error was discovered last week by my staff. Going through my Fitness Reports for 1999/2000, we recognized that referring to an award as “Intelligence Officer of the Year” was not precise – so we corrected my biography with the official name of a very distinguished award that I am honored to have received.

I knew Alexi Giannoulias would focus on a negative campaign – in fact, he and his consultants announced that in the New York Times. I corrected the record, but I will not let my 21 years of service in uniform be denigrated by Alexi Giannoulias, a man who chose not to serve.

Frankly, I thought it took some nerve when he ran a television ad claiming credit for what amounted to tens of millions in investment losses from the college savings of thousands of working families under Illinois Bright Start – or to follow it up with a second ad looking for sympathy after so many of his decisions ran his bank into the ground, costing the FDIC $394 million. But coming after my 21-year Navy service record just might top those.

In November, Illinois voters have a choice – so let us look at my opponent’s record – here it is. Because of that record he has made a strategic decision to attack my military service record. I understand politics is a tough business – but this attack orchestrated by Alexi Giannoulias is a disgrace.

My official Navy records speak for themselves – read them here.

Our state and nation face serious problems - and having a veteran's military record challenged by a politician who never served and was anointed by the media as a "mob banker" is absurd.

I look forward to the contest and laying out the choice. If Alexi wants to make this race about my military record, I'm happy to have the debate. Thank you for your continued support.

Posted by Unincorporated Middle at 7:49 PM No comments:

"Mark Kirk is exactly what the 10th Congressional District, the State of Illinois, and our country needs in Congress: a congressman who is hard working, very knowledgeable, fiercely independent, dedicated to bipartisan action, and an effective contributor to resolving the nation's and his district's problems."
Posted by Unincorporated Middle at 3:12 PM No comments:

"Mark Kirk's is an important voice for clean energy and fuel efficiency," LCV President Gene Karpinski said. "As an important champion for our water resources and for new sources of energy, Mark Kirk is the kind of leader this country needs."
Posted by Unincorporated Middle at 3:08 PM No comments:

Check out independent spin control on key issues from the Washington Post and FactCheck.com

Some Obama backers cry "racism." We find the accusation to be unsubstantiated

What the Republican Presidential Candidates got wrong

Unincorporated Middle
Chicago North Suburbia
40-something city girl living in the suburbs. Mostly dem but will vote for a good republican (and yes there are some.) No kids, no pets, one husband I still adore. A desk in between the mail room and the corner office. Uneasily finding my way through the middle ground.